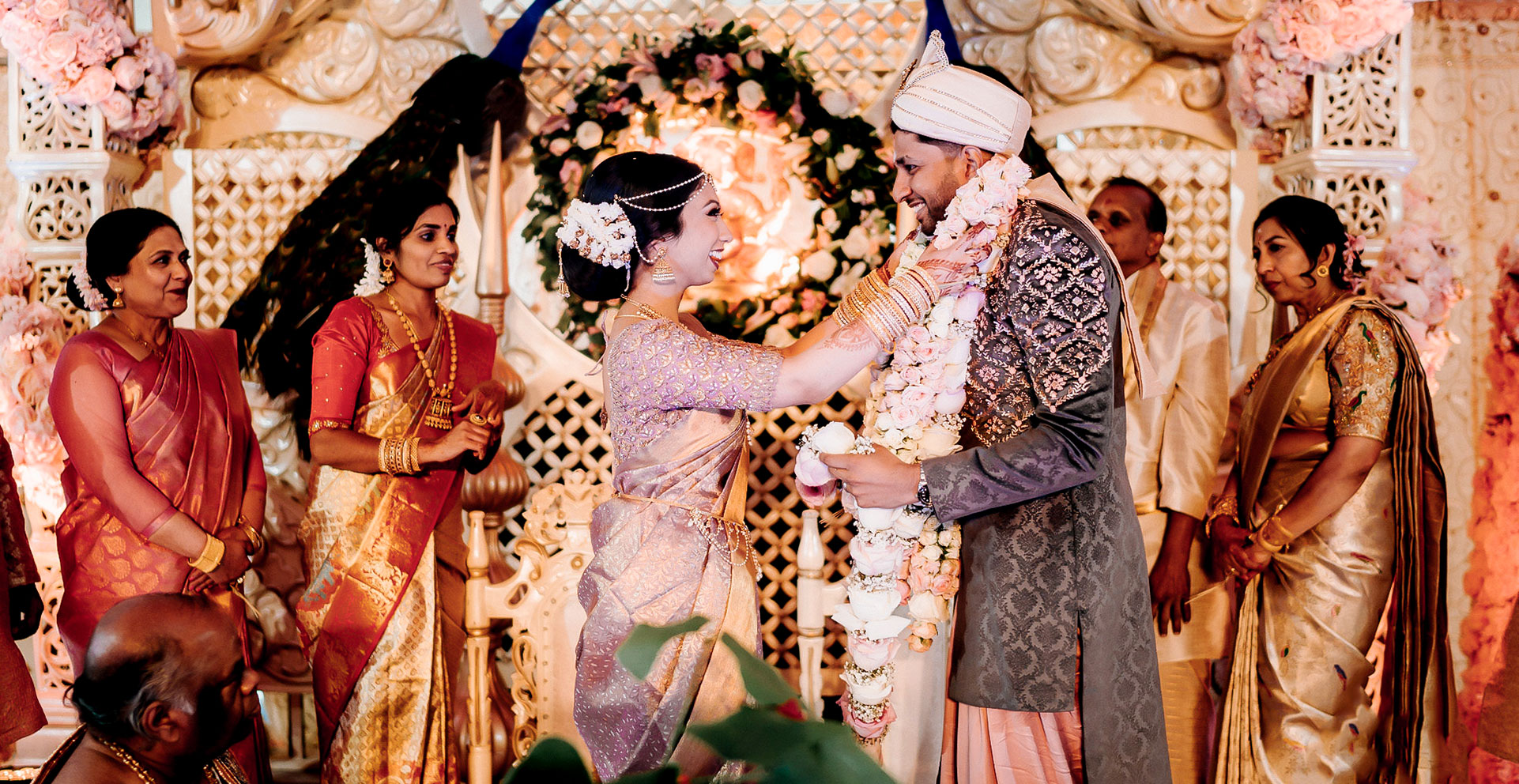 Rich Banarasi weaves include ornate tapestry-like motifs that are steeped in history and saturated in regality, as well as vivid colours, rustling silks, dazzling highlights, and vibrant colours. Indian heirlooms, or “Khandaani,” have been passed down through the generations and are said to have been mentioned in the Mahabharata as a symbol of a cherished but still-evolving period in our history.

Known for their brilliant textures, stunning brocades with an engraved-like look, jewel tones, and fine zari accents that have been generously steeped in centuries of tradition, the Banarasis are unmatched fabrics. They have developed into a significant component of the Indian handloom industry because they were first solely manufactured on handlooms—and the only ones that are actually unusual are those that are handwoven.

Due to their labour-intensive weaving procedures, utilisation of quality raw materials, and exclusive, secret weaving techniques, Banarasis are prized and are very delicately woven.

Today’s brocades and Banarasis are made using a range of base materials and newly developed techniques, such as power looms if a customer is willing to forsake the modern versions in favour of the timeless allure of the hand-woven beauty.

The Historic Significance of Banaras

The renowned city of Banaras is frequently referred to as Varanasi and Kashi in sacred scriptures. Because it was formerly the location where Hindus went to die, it has great cultural, religious, and historical importance, in addition to being well-known as a hub for brocade weaving.

People believe that when they die in this holy city, they get Moksha, which means “redemption,” and are free from the cycle of life and death.

The spiritual city of Banaras has captivated Mughal rulers, Hindu saints, Sikh gurus, Buddhist monks, music legends, and well-known authors. The sacred, magnetic Kashi, which is situated on the banks of the sacred Ganges and is detailed in religious writings as well as Buddhist history, serves as the inspiration for the Jataka tales.

This reveals that it was formerly a well-known hub for weaving and trade.

The History of a Craft Reinstituted: The Banarasi Saree

The evolution of weaving in Benaras is somewhat fragmented overall. In Buddhist literature like the Jataka Katha, it is claimed that Kasi or Varanasi was a prominent centre for cotton farming and weaving, despite the fact that it was known for numerous sorts of weaving.

Some contend that references to and descriptions of the exquisite Kimkhab/Kinkhab brocades of Banaras, which were woven with real strands of gold and silver, are startlingly similar to those of the Hiranya cloth, which is said to be made of gold and can be found in the legendary Rig Veda. Additionally, the Mahabharata makes reference to the city.

The British records, which are the most lucid of the information that is accessible, add credence to the idea that Varanasi, an ancient city, has long been a significant centre for weaving. Its exquisite brocades were shipped even to Europe.

Even while Rajasthani paintings and Hindu motifs unmistakably influenced early brocades, it was observed that starting in the 16th century, traditional patterns seemed to disappear abruptly. The sacred atavistic centre of generations of devoted Hindu devotees, the site where Buddhism first took root, and a significant period in the history of Jainism, Benaras, or Shiva’s land Kashi, only started to develop into a thriving cottage silk weaving industry at the turn of the 17th century.

Previously known for cotton and muslin weaving, During a time of famine, Muslim weavers from Gujarat brought this craft to Kashi, where it has since thrived.

Modern brocade design is influenced by Central Asian, Mogul, and Persian architectural styles. It was recognised that several foreign influences and numerous indigenous techniques had affected and improved upon this beautiful weaving technique, now collectively known as Banarasi weave. It reached its pinnacle during the Mughal Empire, when it was vigorously promoted by the aristocracy and nobles, primarily with Emperor Akbar’s support.

Persian, Turkish, and Mogul influences may be seen in Banarasi weaving. They may be seen in designs that are often employed, such as buttis, paisley, jhallar, bel, and shikargah (hunting). Banarasi handloom textile weaving is one of the most important cottage industries in India’s weaving industry. It is done in a number of cities and towns around Varanasi in the Indian state of Uttar Pradesh.

The Making of a Banarasi Saree

Each of the approximately 5600 string wires that make up a flawless Banarasi saree design is 45 inches wide. Skilled craftsmen construct the foundation, which is between 24 and 26 metres long, by braiding the twist. The relationship at issue is one of the most important factors in the manufacture of Banarasi silk sarees in India.

Three weavers often work together to construct a saree. The first person weaves the saree, the second person sits at the spinning ring where packs are formed, and the third person aids in building the outskirts.

An alternate method of arranging the themes is to start with the packing procedure. A craftsman sketches out the structure on chart paper with suggested shading in order to create configuration sheets. Punch cards are created prior to selecting the final structure. Numerous punched cards are needed to implement one plan for an Indian Banarasi saree.

On the loom, various threads and colours are sewn onto the pre-punched cards. The weave-pierced holes in the cards are then successfully rowed. This is carried out to ensure that the main weaving receives the proper colours and pattern.

These sarees can be weaved in a few days or months, depending on how challenging they are. The Banarasi saree is a traditional dress that also represents Indian culture, history, and tradition.

Due to its importance to Indian culture, Banarasi sarees are a must-have for the wedding trousseau in the majority of India. During the wedding ceremonies, the bride usually dons at least one Banarasi sari, which is seen to be regal and lucky. This is a common wedding saree for Bengali and North Indian brides, but for some, it may be a reception saree or the one special gift they get from their in-laws, as shagun says (the auspicious wedding gift).

Additionally, Banarasi sarees are becoming more well-known around the world. It is an ethnic symbol that is used all over the world. From international celebrities to intellectuals in politics and fashion, everyone seems to be attracted by this big Indian message.

The current Indian Prime Minister, Narendrabhai Modi, famously handed Michelle Obama a custom-made, hand-woven Kadhua Banarasi silk sari during her visit to India since he was aware of her fondness for the fine weaving.

The opulent but beautiful Banarasis is associated with a variety of social and economic symbolism in addition to its cultural significance. It is highly valued and thought that Banarasi brocades are descended from royalty; they have travelled through many ages and nations.

Flawless silk Banarasi fabric, also known as Katan silk, which is used to weave sarees that are frequently produced without zari borders, is made from the softest and thickest silk. Because of their exceptional purity and resilience, they are highly prized. This beautiful fabric may be brocaded or created in a number of different ways. In Resham, Zari, or Minakari designs, you can observe common butis or dispersed leaf or floral motifs. The process used to create the pricey Banarasi Katan brocades requires a lot of time and labour.

This gorgeous paisley or labyrinth design is woven with zari in the “Jamawar” style. This distinctive Benarasi saree design is very well-liked for weddings. These sarees’ designs are woven onto them by Banaras weavers using vivid weft silk threads. The pallu of this sari is usually decorated with large paisley patterns, and the border may be decorated with crisscross patterns.

In contrast to the ones that were previously mentioned, these sarees are essentially the more affordable Jamdani varieties. This one is made with the cut work technique on plain silk fabric with a small amount of cotton added. The most popular patterns in cutwork sarees include jasmine, marigold flowers, creepers, and leaves.

These are the most beautifully crafted and carried out of all. These wonderfully woven tissue sarees have a sheen to them thanks to a weave of golden zari. Popular designs for tissue sarees include a golden lotus floating in a magnificent pond with the water drops created with cut-work. Self-woven paisley designs are used to embellish the sari’s border and pallu.

Katan is a name for basic silk fabric. Weaving pure silk strands that are afterwards twisted has produced pure silk sarees. While Katan sarees were once woven on handlooms, they are now produced on looms. Because of the fabric’s exceptional softness and fineness, Benarasi has fallen in love once more.

The Butidar sarees, which are beautifully woven and brocaded with gold, silver, and silk threads, are undoubtedly the most well-known and easily recognisable sarees. Silver threads have a richer colour than gold ones. Because of this, Banaras weavers refer to this kind of brocade patterning as Ganga-Jamuna. Locally well-known patterns include Angoor Bail, Ashrafi Butti, Latiffa Butti, Resham Butti, Jhummar Butti, Jhari Butta, Patti Butti, and Baluchar Butti.

Brocades, the most luxurious and exquisitely woven fabric, feature a variety of patterns made by the warp and weft. Silk yarn is tightly woven around coated silver and gold threads to create zari brocade. This fabric is perfect for a Banarasi saree that would look lovely on a bride during a wedding.

You probably already know that Georgette is a beautifully woven, light fabric with a simple weave. Contemporary sarees are more popular in georgette Banarasi sarees.

This particular design, which features a plant motif throughout the saree, illustrates how the term Jangla was changed from the word jungle. It’s a special form of brocade known for its intricate weaving.

As we all know, brides’ dresses must have a modern edge, making shattir the perfect option. Banarasi patterns, which are very modern and unique, are only made with the fabric shattir.

The Prominence of Banarasi Sarees

For a very long time, women all throughout the country and even overseas have been enamoured with the glossy beauty of Banarasi sarees and have elegantly worn them at all ages. They are a cornerstone of our traditional history as Indians.

According to reports, 200 different countries deal in Indian silk, and demand is always growing, especially in the United States and Europe. In terms of the production of silk, India stands just behind China. Varanasi silk is recognised as being a traditional sign of craftsmanship. The holy city of Banarasi is built on the silk saree business, which also makes a big difference in the Indian silk trade.

Considering the importance of Banarasi sarees for weddings, Symphony Events is equipped to provide you with beautiful and exquisite Banarasi wedding sarees for the bride and other family members. You can select your dream saree from the huge collection of Banarasi sarees. Symphony Events has the option of customising sarees and styling them with matching accessories for each of our brides.

Symphony Events’ goal is to offer event management services that ensure client happiness, the best quality, and superb coordination. They make sure that every little detail is attended to in order to create effective, stress-free, and unforgettable events. 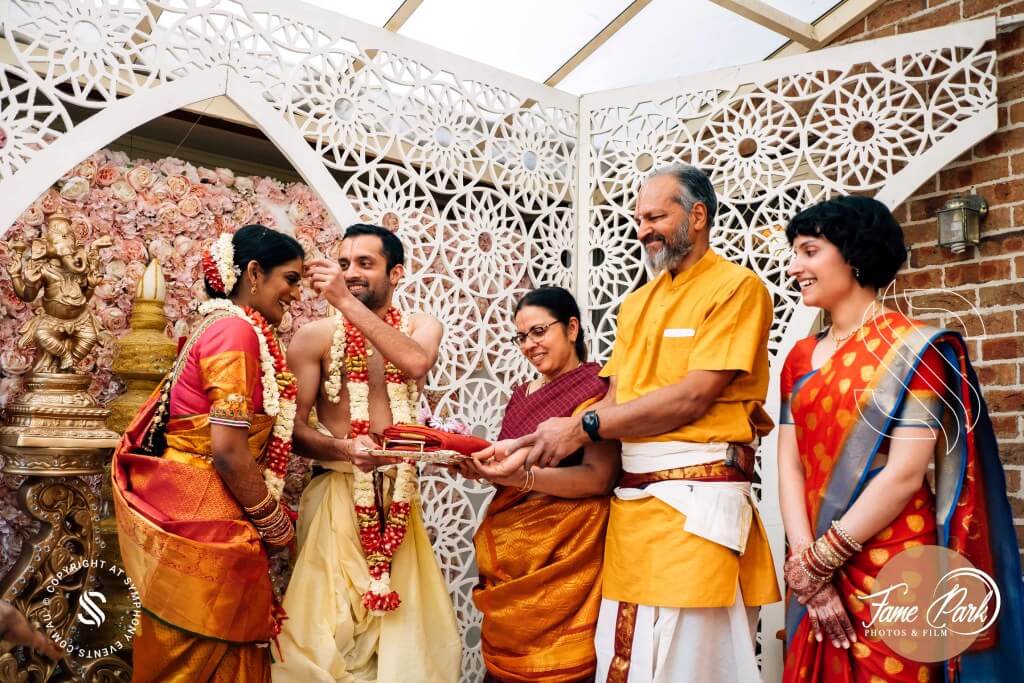 The Majestic Voyage of Kanchipuram Saree Across Time 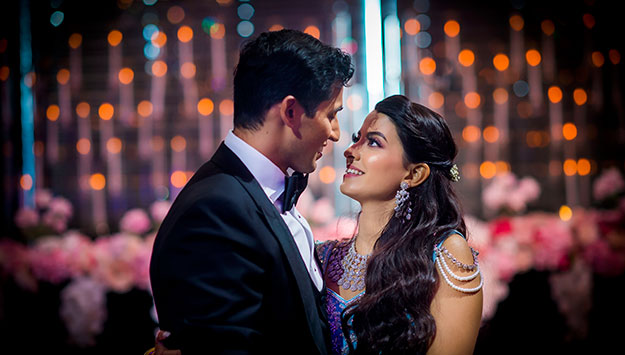